What is VRAM and How Does It Work? 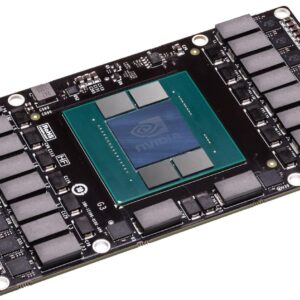 Are you confused about the term VRAM? Well, you are not alone on this. When it comes to RAM in electronic gadgets, we all know that it stands for RANDOM ACCESS MEMORY, but what might be confusing you is the V in front of the RAM represents VIDEO. Whenever you see VRAM, it simply means ‘Video Random Access Memory”.

Video Random Access Memory, or VRAM, is a kind of RAM designed particularly for graphics processors. VRAM is used to store data that is now being displayed on the screen or is likely to be needed in the future. When loading an area into VRAM, video games usually load the visual textures for the whole map or scene, so all textures are easily and rapidly available for rendering. You don’t have to wait for textures to load from slower memory or RAM.

VRAM employs quicker flash memory than standard RAM on discrete graphics cards since it can be accessed as rapidly as feasible. To reduce VRAM-to-GPU transfer times, dedicated VRAM is physically placed adjacent to the GPU on the graphics card.

Modern graphics cards typically use GDDR6 (Graphics Double Data Rate type 6) or HBM2 (High Bandwidth Memory Generation 2) memory, which has higher bandwidth (the total amount of data that can be transferred per second) and lower latency (the time between making a request and receiving a response) than the DDR4 RAM (Double Data Rate Type 4) used throughout the computer. Because of the high bandwidth and low latency, the GPU can access as much data as possible as soon as feasible.

When it comes to computer memory or processor silicon, yield refers to the percentage of chips that work as designed. All processes have mistakes, which are detected and deleted throughout the testing phase. Vent and cutting-edge technologies are typically more expensive to produce and have poorer yields, resulting in more products being rejected during testing. Yields usually rise as processes develop and improve.

check out: Mobile Phone & Computer related Abbreviations and their meanings

What is the difference between a normal RAM and VRAM?

Random Access Memory (RAM) refers to SDRAM and VRAM, a generic word for computer memory. SDRAM, the sticks that you put straight onto your motherboard, is commonly referred to as RAM. This is the device that your computer or smartphone utilizes to load and operate your system and apps.

Video RAM (VRAM) is identical to RAM, except it is only used to store visual data. The more VRAM your graphics card has, the more data it can handle in a shorter amount of time, which improves things like:

For instance, on a VRAM’s power, on multiple Blockchains, you have to use your GPU to solve cryptographic equations. To solve these equations, you’ll need a lot of VRAM, at least 2GB+ to be accurate. When they’re not creating explosions or breaking glass particles in the latest games, gaming GPUs are ideal for making money.