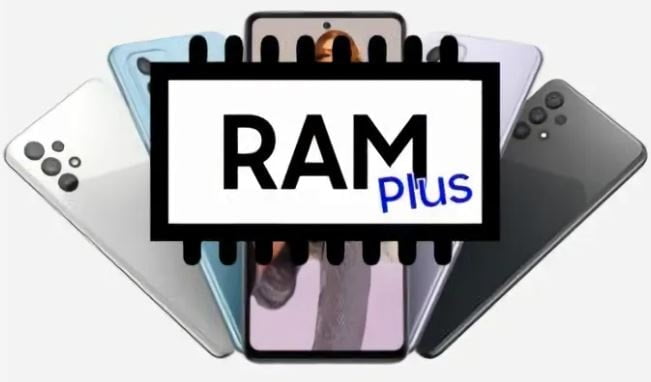 I was confused when I first heard about Samsung Galaxy Ram Plus, and I didn’t know what they meant by that or what I should expect. I believe that many people ate still in such a situation and are eager to know what RAM PLUS means and how it works.

Technology has no end, and we will see more innovative features integrated into smartphones. However, Samsung has found a way to solve low memory problems by introducing RAM Plus.

If you don’t know, RAM, an abbreviation of “Random Access Memory,” helps smartphones store and process requests. A smartphone’s RAM is not responsible for storing your music, videos, apps, and games. RAM is a form of memory that is extremely quick and stores all of the apps you’ve accessed since turning on your phone. This memory allows you to quickly return to a previously used program and resume where you left off.

What is RAM Plus?

Samsung has finally found a way to increase the RAM of most galaxy phones by tapping into the storage memory to provide more processing Ram for the phones. Because of the rising demands on mobile devices, many manufacturers have released their versions of virtual RAM extensions. Consequently, more programs may be cached for faster startup times, enhancing smartphone multitasking.

So, at long last, Samsung has discovered a way to expand the RAM on your phone for free. Don’t get your hopes up too much. It’s a function dubbed RAM Plus, which the firm is activating in some Galaxy smartphones right now. In many ways, the RAM Plus functionality is just a repackaged version of the memory paging capability that already exists in Android and most other contemporary operating systems.

It’s possible to add up to 7GB of RAM via the expansion. As a result, a typical 4GB smartphone can have as much as 11GB of RAM installed. Even with the 12GB of RAM, a smartphone might have up to 19GB of RAM.

In most Samsung Galaxy smartphones, a total of 2 GB of internal storage is set aside and can be added to the RAM as needed by the system. As a result, depending on whether you have 6 or 8 GB of RAM installed, you will have 8 or 10 GB of RAM available.

Where are they getting extra memory from?

As I said earlier, the extension comes from your storage memory, when your phone receives a heavy task that requires more memory to process then the phone will cut some memory from the storage memory to make up the required RAM. All these are to ensure optimum performance and stability of the phone. With this feature enabled on your phone then you shouldn’t be worried about any heavy app or games that require more memory to work.

What are the Samsung Galaxy Phones that support the RAM Plus