Apple released the new iPad Mini 6 along with iPhone 13 a month ago, and there was no news about the mini iPad as it came as a surprise during the Apple iPhone 13 launch events. Today, I am going to share everything I know about the Ipad Mini 6.

As previously reported, the iPad Mini was set to get a makeover later this year, perhaps in conjunction with the new MacBook Pros. Because of the iPad Mini’s popularity and that Apple hadn’t updated it in a while, it was favorably welcomed.

The new iPad Mini 6th Generation has Apple’s A15 Bionic mobile processor and gets a much-needed makeover similar to the iPad Pro and iPad Air. In comparison to its predecessor, the iPad Mini 6 is a significant advance. Here’s everything you need to know about it before you buy one.

Price and availability of the iPad Mini 6

The iPad Mini 6 has gone on sale in several countries, with availability varying by location. Many stores in the United States and other countries are already selling the iPad Mini 6. These are the prices. 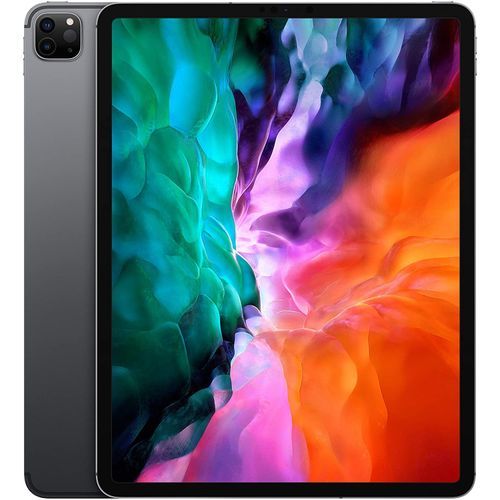 Design
The design of the iPad Mini’s last generation was reminiscent of the original iPad. Large bezels, a rounded screen, and Touch ID on the home button characterize the iPhone X. Bezels that were twice as thick as Apple’s original design gave the iPad Mini the appearance of being much more significant. The extra space around the display ensured that it was still transportable, which also meant that a lot of it was wasted space. Apple has solved this issue with the iPad Mini 6 by bringing the iPad Pro’s contemporary look to the iPad Mini.

Now we’re presented with a screen that’s been extended to the very edge and has been given round corners. Touch ID has been relocated from the home button to the power button, like the iPad Air. The Mini’s design is also influenced by the iPad Pro and the most recent iPhone models. It has flat sides and can hold and charge a second-generation Apple Pencil. Aluminum is used for the iPad Mini 6’s frame and back chassis, making it feel substantial in hand.

Fortunately, Apple has decided to provide a USB-C port on the iPad Mini 6’s bottom instead of the usual lightning port this time around. This enables external peripherals such as flash drives, SSDs, card readers, and other such devices. Apple’s logo sits in the center of a single back camera. The powerful stereo speakers of the iPad Mini 6 enhance the tablet’s video consumption experience. For the Apple Pencil to lay comfortably on the side, the volume rockers have been relocated to the top of the tablet.

Many folks have been clamoring for a makeover of the iPad Mini 6, and it’s finally here. This model is sleeker and more contemporary looking owing to the smaller bezels.

As previously noted, the iPad Mini 6’s display is new, although not necessarily in terms of display technology or quality. An IPS LCD Liquid Retina display has replaced iPad Mini’s rectangular display with rounded corners. For a display of this size, the pixel density is excellent. The colors on this LCD panel seem realistic, as they always do on Apple products, and you’ll love viewing anything on it.

If you plan on using the display indoors, the screen has a maximum brightness of 500 nits. However, in intense sunshine, you may have trouble seeing the information. For those seeking a powerful yet portable tablet, its 8.3-inch display is excellent. Apple’s True-tone display technology is also included. Because the iPad Mini 6’s display bezels have been reduced, using the device to consume media is now a more immersive experience.

It is possible to sketch or take notes on your iPad Mini’s display using the Apple Pencil 2nd generation. Student or artist, the Apple Pencil is a must-have tool for your creative endeavors.

Hardware components include a processor, memory, and storage.
The Apple A15 Bionic SoC powers the iPad Mini 6. For the new iPhone 13 series, Apple employs the same chipset. Few mobile chipsets can compete with it when it comes to raw power and performance. The user interface runs as smoothly as it always has. The iPad Mini 6 offers a smooth user experience regardless of the apps you choose to utilize.

The iPad Mini 6 is the ideal tablet for gamers who spend a lot of time on the go. Even the most demanding games operate well on this mini-tablet. The iPad Mini 6 is also capable of editing videos while you’re on the go. It’s a high-end workhorse that will provide no matter what you throw at it. Although 4GB of RAM may not seem like much, multitasking is a snap on the iPad Mini 6.

With 64GB and 256GB of storage, you have a choice. Ideally, the 64GB iPad Mini with Apple Pencil should be plenty for students who want to take notes in class and watch media. You should get more excellent storage if you’re planning to do a lot of gaming or editing in 4K. The iPad Mini 6 packs a lot of punch for its size, and it’s easy to operate. It’s the ideal laptop for anyone who needs to work on the go.

The iPad Mini 6 runs iPadOS 15 like all other iPads, so you’ll have access to all the new features, including the shortcut for taking quick notes and multitasking enhancements. As a result, iPadOS has one of the most polished user interfaces available for tablets. FaceTime, alerts, Focus Modes, and other new iPad Mini 6 capabilities are all present. As long as you only use the iPad Mini 6 to browse the web, watch videos, send emails and take notes in meetings and lectures, then the software on the iPad Mini 6 will be adequate for your needs.

The iPad Mini 6 features a single 12MP camera on the back with a relatively wide f/1.8 aperture, which isn’t something you’re going to do much of with a tablet like this. Using the camera to take photographs of notes or even landscapes is a good use of the device. The front of the phone sports a 12MP ultra-wide-angle selfie camera. However, you’re likely to use this camera primarily for video chats, and it does so admirably. During a video conversation, Apple’s new Centre Stage function will monitor and follow you if you move around.

The iPad Mini 6’s battery life isn’t the finest of any iPad, but it’ll get you through a day of light use if you’re careful. Fitting a giant cell inside a narrow chassis is difficult because of the tiny form factor. You may exhaust your phone’s battery if you play games nonstop throughout the day. However, the typical usage, such as taking notes and participating in online meetings, should be OK. In the package, you’ll find a 20W charger that Apple hasn’t said when it’d get rid of.

If you plan on using your iPad Mini 6 a lot, choose the Cellular model, which supports 5G. The Wi-Fi version will save you money if you spend most of your time indoors, whether at home or work.

If you’re interested in learning more about the iPad Mini 6, this page should provide you with a comprehensive overview. Still, you may also want to know how the tablet stacks up against other tablets in its price range, how it compares to its predecessor, or where you can get the most incredible prices.

The iPad Mini 6 is a much-anticipated update, and we’re delighted to see it from Apple. Apple’s iPad Mini 6 is an excellent choice if you want a tiny, portable tablet that can do a wide range of tasks while you’re on the go or traveling, such as working on a presentation or doing research. It’s a great little tablet that hits all the appropriate boxes.