What is PC Hard Disk Defragmenting & how to defrag 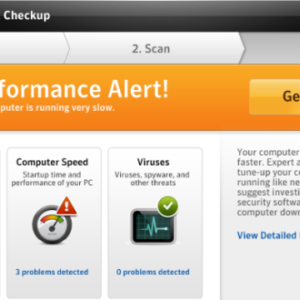 Defragging is a procedure that improves the speed of a hard drive while also recovering some lost disk space. Defragging is an essential aspect of PC maintenance since it maintains all of the data on your hard disk in a readable order.

If a hard drive is not defragmented, it will lose performance over time and gradually diminish the space available for data. As you may be aware, if your hard drive is slow, it will have an impact on the rest of your system’s performance, particularly in games where the frame rate is critical.

What are the benefits of defragging?

When you defrag your hard drive, the order in which the data is stored on the drive is rearranged. The data will be organized by the PC so that material that belongs together and must be read together is stored in the exact location on the hard drive. The obvious question here is why the PC doesn’t store the data correctly in the first place.

The PC would perform this as a first choice in an ideal circumstance (such as a blank drive). However, given the quantity of data erased and written to the disk every second the computer is turned on, it’s no surprise that the data can’t be saved together.

Let’s have a look at an illustration. If you write three 10MB files to a disk, the data will be in a line, each 10MB block after the other. For optimal speed, your PC would like to save the data in this manner. It seems to reason that if you wanted to find the data, you’d want it kept in this manner as well.

But suppose you decide to remove the middle file because it is no longer helpful to you. There is now a space between your files. Let’s pretend you’re writing a 15MB file this time. The first 10MB of free space will be used to write this file, with the remaining 5MB being added to the backside of the free space.

As you can imagine, with millions of files being written to and removed from the drive every day, not to mention the temporary files that Windows utilizes regularly, your hard disk might be in bad shape after months of use. In this basic example, your PC would rearrange the drive to appear like this after a defrag.

When files, or groups of files, that belong together are stored adjacent to each other, the PC has an easier time finding the data, and the disk heads don’t have to travel to different regions of the disk to get the data. This, of course, improves disk performance, which enhances overall system performance.

There are, of course, different levels of performance improvements. It becomes less significant when you upgrade to faster hard drives with larger memory buffers to compensate for file fragmentation, but I would not disregard the problem of fragmentation; defragging your disk is simple and takes little time.

How can defragging help you save space on your hard drive?

Told, defragging does not free up any space on your hard drive. When you look at the defrag applications’ visuals, it may appear like the disk has more room, but all you’re doing is shifting data about rather than deleting it. The defrag program assembles half clusters of data, which results in a negligible increase in disk space.

Your disk might contain many files, but if they aren’t all used, the next file will be begun at the following collection. If a file is fragmented throughout the disk, defrag can reassemble the fragments into a single group or store the set elsewhere, releasing a tiny amount of space.

Some defragging applications may do more than organize your files, so they’re all in one place. Norton Speed Disk, for example, may contain your whole set of files and applications in the order in which they are utilized. It may be customized to keep your Windows swap file on the fastest drive area, followed by games and frequently used applications, which all demand the quickest section of the hard disk. The disk’s reverse side can then be used to store papers and seldom-used software. It prioritizes access to the applications that require it the most. Again, this is a minor advancement, but any upgrade is helpful.

Defragmentation software to use

You’ll be relieved to learn that Windows has a valuable defragmentation tool that anybody can use. There are also some additional programs available for this particular purpose. Norton Speed Disk, included in Norton Utilities and Norton System Works, is one alternative on the market. Searching for Defrag software on your preferred search engine will yield various free and paid software choices.