The term cheapest or most affordable comes to mind once you are left with a limited budget for a new phone, yet you still want something better. Choosing between getting the right phone for your money is not that easy since we have hundreds of low, mid and high-end smartphones. However, in this case, we consider the price as the main criteria for determining the best phones.

I am sure you have seen those expensive phones but can’t afford them, don’t worry you might not need to spend that much on a smartphone while you have other pressing needs. However, if you have the money to afford most of mid-range smartphones, then go for them because they have more features and power to sustain you till you can buy a bigger phone.

Price of phones has increased in Nigeria

It’s no longer news that in Nigeria, once there is an increase in the exchange of dollar then everything increases and not just the price of phones. Most cheap phones that we used to buy for 15k is now 20-30K while the ones we used to buy 30k is now between 40 to 60k.

To find a good phone that you can buy with 30-35k has become a very big issue these days especially the one that has good features but you can still find cheap phones in Nigeria. However, you shouldn’t expect much from such phones.

I am going to list the best cheapest phones in Nigeria that you can buy but you shouldn’t expect the function and performance of a high-end smartphone on a smartphone of 20K but if you are just looking for a low priced phone that can do Whatsapp, Facebook and browsing then you are good to go with any cheap Android phone.

How to determine the best phone to buy

We have all kind of phones to choose from and choosing th right one is never an easy task but since this guide is all about Cheapest Phone in Nigeria, I have selected some good phones you can buy but there are few things you must do while making the choice.

The same goes for other features like memory, fingerprint sensor, 4G network and so on, Go for the phone that has the features that you want most because you might not be able to find everything you want in a cheap entry-level smartphones.

Without wasting much of your time, below are my list of cheapest phones in Nigeria and the criteria I will use is the price plus the features. However, all the phones listed below must meet the followings:

#1. QUBO BIG1 (A phone with irresistible design and features)

I picked this phone as my number one not because it’s the cheapest but am so amazed at the features and well price tag. For me to recommend it I went through the users reviews on Jumia from real users. The reviews and rating are encouraging and I guess there is a reason for that.

QUBO BIG1 is an Android smartphone featuring 6.26 Inch display, an Android 10 operating system, a big 4500 mAh battery capacity and 1GB RAM + 16GB ROM. The phone also comes with an 8MP + 5MP front and back camera and as well support a fingerprint sensor.

I have reviewed QUBO BIG1 smartphone with more details here

Itel A56 is another cheapest phone you can get in Nigeria without spending much and yet it has some outstanding features that can be seen in most expensive phones. Presently, the Itel A56 has gained more popularity attributed to the awesome features it comes with and its affordability.

Looking at the features we have a 5.99-inch display, 1GB RAM + 16GB ROM, 8MP + 5MP front and back cameras and 4000 mAh battery capacity. The phone also features a fingerprint sensor and a face ID unlocking feature powered by the Android 9 Pie operating system. If you are an average user you won’t notice that you are not using a 50k smartphone.

You can read: 8 itel phones with fingerprint and price

QUBO is a new mobile phone brand in Nigeria and they are doing marvellously well regarding affordability and features. Their smartphones are mostly affordable and comes with great features. You are not wrong if you compare them with itel but they might be better in some ways.

This phone is for Tecno lovers who don’t have more money to spend for other Tecno high-end smartphones. Tecno POP 2F is not actually new but it remains one of the cheapest phone in Nigeria with interesting features.

Pop 2F offers a 5.5-inch screen display, 1GB random access memory (RAM) + 16GB internal storage memory, 8MP + 5MP front and back camera, Android 8.1 (GO edition) operating system. Tecno POP 2F is not that great when it comes to the battery as it offers 2400 mAh battery capacity which is still manageable but not recommended to those who want a smartphone with a long-lasting battery.

Tecno POP3 is another classic and most affordable Android smartphones that fall between the range of 20-40k. If you like the Tecno brand then you should consider going for Tecno POP3 (BB2) as your best bet as it doesn’t cost much but not that cheap either.

The phone features 5.7 inch display, 1GB RAM + 16GB RAM, Android 8.1 Oreo operating system and powered by a 3500 mAh battery capacity. The camera are not different as it maintains the usual 5MP + 8MP front and back camera.

Most of the cheapest phones listed here doesn’t have 2GB RAM and 4G LTE network but Cubot Note 7 says yes to all that as it comes with 5.5-inch display, 2GB + 16GB memory, 3100 mAh battery, 4G LTE network support and so much more.

Interestingly, Cubot Note 7 supports dual SIM along with 13MP triple rear cameras and built on the Android 10 operating system which is amazing. Though, the battery is good but not the strongest. every other feature is really outstanding for the price.

Oukitel C19 is another great phone and one of the cheapest phones in Nigeria that you should consider buying, it has all the basic features a smartphone should have and even more. However, the problem with these type of phones is the repairing parts in most cases because they are new brands.

I added it to the list because it meets all the basic features and as well affordable. it has a bigger 6.49 screen display, 2GB RAM + 16GB ROM, 4000mAh battery capacity, Android 10 Go OS and a 13MP triple rear camera. However, the phone still has a fingerprint sensor, dual SIM support and a 4G LET network.

QUBO P19 is making it the third QUBO phones on my list of cheapest phones in Nigeria and they are known for affordability, excellent performance, and outstanding features. QUBO P19 is not just 1GB RAM + 16GB ROM phone but offers something more.

QUBO P19 is equipped with a 5.5-inch display, Android 9 Pie OS, a big 5200 mAh battery capacity 3GB RAM + 32GB fingerprint sensor. You will be amazed at the features of this phone because nothing is left out. Whether you are looking for a smartphone with a 4G network, dual SIM support and a good camera then you have nothing to be worried about. QUBO P19 gives you real value for your money and you won’t regret buying one for yourself or your siblings.

The next on my list of the cheapest phones in Nigeria is Itel S16, the phone looks bigger and smarter you hardly measures the features from the look because it looks like a 60k smartphone but yet it’s still below 40k and offers all the basic features needed in a smartphone.

Itel S16 offers a 6.5 inches HD full-screen display with a water-drop design, 1GB RAM + 16GB ROM, 4000 mAh battery, Fingerprint sensor + Face ID and dual rear cameras. the phone is built on the Android 10 Go edition and clocked with an SC7731E Quad-core 1.6GHz processor. Obviously, despite the look, Itel S16 is still lacking in some features which include a 4G network and the memory is not big enough either.

Check out: 8 itel phones with fingerprint and price

The last on my list of the cheapest phone in Nigeria is Tecno POP4 (BC2), it’s an entry-level smartphone with great features ad most especially the battery. However, Tecno is a well-known brand in Nigeria and you won’t be worried about finding the repairing parts like most new brands.

Tecno POP4 (BC2) is powered with a big 5000 mAh battery and built on Android 10 OS with a 6 inch HD display. Looking at the memory, we have 2GB + 3GB random access memory (RAM) and internal storage memory. When it comes to the camera we have an 8MP front camera and a 5MP rear camera. However, you might be disappointed to know that the phone doesn’t have a 4G network which is a must for those that cares about fast internet.

This list only contains a few of the cheapest phones in Nigeria because there are many more affordable phones. However, if you just need a smartphone under 20,000 Naira then you might like to see this list here on Jumia. 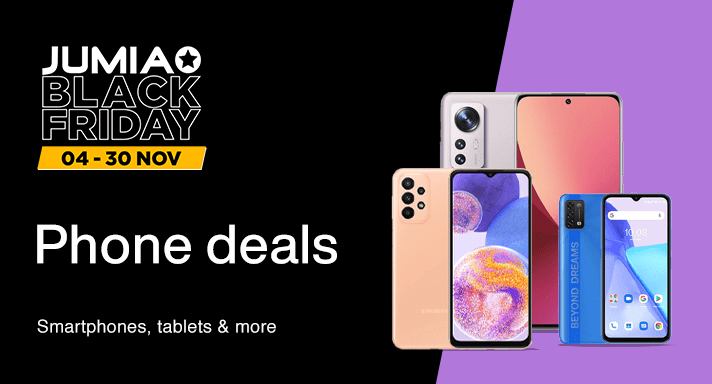