itel phones with fingerprint features and price in Nigeria

Before I proceed with the list of itel phones with fingerprint, I will like to show you guys my top pick, the best among other itel phones, reach in features, good design at the same time affordable. 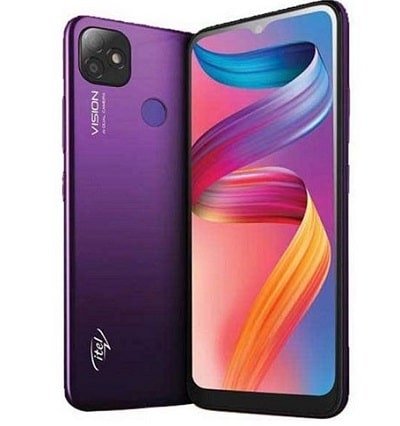 The number one on my list today is the itel P36 Pro smartphone which comes with all the most wanted features needed in a smartphone. However, this page is all about itel phones with fingerprint and price in Nigeria but itel 36 Pro does not only have a fingerprint sensor but as well support a 4G LTE network which you hardly see in most itel phones.

As you can see in the picture above the itel s16 pro has a rear-mounted fingerprint sensor along with a face ID to give you the privacy you need. However, the phone is powered with the Android 10 (Go edition) operating system and clocked with a Quad-core 1.3GHz processor.

Itel P36 is another outstanding smartphone with all the basic features needed in a smartphone including the fingerprint sensor, big 5000 mAh battery capacity, 6.5 inch HD Dot-notch display, and built on Android 9 Pie operating system.

In fact, I find it hard differentiating between Itel S16 Pro and this itel P36 because when you look at the big battery and other features you might consider going for it over the S16. Meanwhile, they both offer the same 2GB RAM + 32GB internal storage memory that supports an 8MP + 8MP front and back camera.

My top pick was the Pro version of the itel S16 smartphone but the main version still offers good features and is also among the itel phones with fingerprint sensors but a bit cheaper than the PRO version. Itel S16 features a 6.5 HD+ Dot-notch display, 1GB RAM + 16GB ROM, 8MP triple rear camera, and is powered with 4000 mAh battery capacity.

The phone is equipped with an Android 10 operating system and has a rear-mounted fingerprint sensor + Face ID unlocking features. When it comes to network, Itel S16 only supports 2G and 3G networks, missing out on the fourth-generation network (4G LTE).

Itel A56 Pro is an upgrade from the previous A56 smartphone, the PRO version of A56 offers more memory and is built on the full version of the Android 9 Pie operating system while every other feature remains the same.

itel A56 features a 5.99 inch IPS display, 2GB RAM + 32GB internal storage memory, and 4000 mAh battery capacity. When it comes to the camera, A56 Pro has 8MP + 03MP dual rear camera and a 5MP front camera. Thanks to the rear-mounted fingerprint sensor and Face ID security features that allows you to secure your personal data with ease.

itel A56 is one of the most affordable itel phones with fingerprint sensors and as well as other good features. It features a 5.99 inch IPS Screen display, 1GB RAM + 16GB ROM, and a big 4000 mAh battery capacity. The phone is built on the Android 9 Pie (Go Edition) operating system and Quad-Core 1.3 GHz processor.

The A56 features a back glass effect, as well as a vivid mirror frame with deep reflections and a slight gradient effect. Its slim and resistant unibody, as well as its curved design, make it much easier to use and hold in one hand. Itel A56 offers real value for money in terms of features.

In addition, with advanced facial recognition, you can keep your personal details secure. Face unlocking is instantaneous and often effective, thanks to the Screen Fill Light technology, which is fitted with an infrared light sensor and an infrared camera. Face unlock is a secure and simple feature that prevents criminals from stealing your personal information.

itel S15 offers a high-quality 16MP front selfie camera and dual 8MP rear camera. The phone is built on Android, Pie (Go Edition) along with a quad-core 1.3GHz processor. Your privacy is protected with the onboard fingerprint sensor and face ID security features.

When it comes to cheap itel phones with fingerprint sensors then consider Itel P15 as one of the most affordable itel phones with such features. However, other features include a 5.0 inch HD display, 1GB RAM + 16GB ROM, and an Android 9 Pie operating system.

Despite the low price, the phone still offers a strong 4000 mAh battery capacity, 5MP + 5MP front and back camera. The fingerprint sensor on the P15 is a safe and reliable way to unlock your handset. Unlocking the system and showing your favorite software takes just a fraction of a second. Never before has it been so secure and easy to gain access to your phone.

More contents to check out: