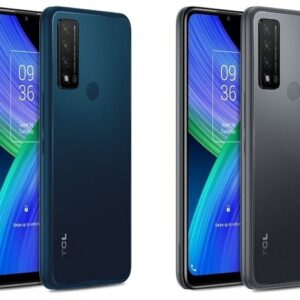 TCL 20 R is one of the most affordable 5G smartphones on the market, featuring unique features and an enticing appearance. The phone is now only accessible in Europe, but it will be available on other continents soon. Below are my opinions on the TCL 20 R 5G phone and the complete specs. I hope you want to see that?

The new TCL 20 R 5G has a 6.52-inch LCD HD+ display with a refresh rate of 90Hz, a touch sampling rate of 180Hz, and a peak brightness of 500nits. The TCL 20 R has a similar general appearance as the TCL 20 SE, featuring a rectangular camera module on the back, a fingerprint scanner on the back, and a waterdrop notch on the front. The phone is powered by MediaTek’s Density 700 SoC, coupled with 4GB of RAM and 64GB of expandable storage. There are three cameras at the phone’s back: a 13MP primary camera and two 2MP depth and macro lenses.

It features a 4,500mAh battery that requires a sluggish 10W charger to charge. On the software front, the TCL 20 R comes preloaded with Android 11 and TCL UI on top. TCL guarantees one major Android upgrade as well as three years of Android security patches every quarter.

The TCL 20 R 5G is priced between €180 and €230 and will be available in various European countries later this month. The phone is available in two colors: Granite Gray and Lazurite Blue.

TCL released the TCL 20 5G and TCL 20 SE smartphones earlier this year as part of its TCL 20 smartphone series. The TCL 20 Pro 5G, TCL 20S, TCL 20L, and TCL 20L+ are among the four new smartphones introduced to the range since then. The TCL 20 R 5G, a dirt-cheap 5G smartphone for European countries, is the latest addition to the ever-growing TCL 20 range.