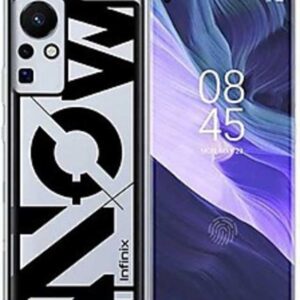 It has been on the news for a long time now, following the news of the upcoming Infinix phone which is said to have amazing 160W fast charging capabilities. The experiment shared on the web indicates that the new Infinix concept phone only less than 12 minutes for the battery to reach 100% even when charging from 0%.

However, this phone is not just about the 160w fast charging features. The camera is also something else. Its camera configuration was noteworthy, with a 135 mm periscope lens and up to 60x digital zoom.

It’s remarkable to see such specifications coming from an Infinix smartphone because they are perceived as a Transsion Holdings-owned company that only targets the mid-to low-end market. According to reports, the business is stepping up its game and will soon release a smartphone with outstanding specifications.

The new Infinix smartphone will be coming with an amazing camera configuration that includes a periscope lens. The periscope is located on the bottom. Its markings have a focal length of 125 mm, which corresponds to a 5x magnification over the primary camera and an aperture of f/3.4. These are pretty standard specifications for a periscope module. However, it is light years ahead of anything Infinix has ever offered.

THE CHARGING POWER OF THE INFINIX PHONE

According to the firm, the Ultra Flash Charge technology is based on an 8C battery with 18% lower internal resistance than a 6C battery. These figures, called “C-rates,” represent how quickly a lithium battery can be charged or drained.

The firm created the Super Charge Pump, which transforms the incoming power from the USB-C connection to the voltage that flows into the battery. This pump has a 98.6% efficiency rating. Oppo’s 125W system, by comparison, features three parallel pumps that reach 98 percent efficiency.

Because the remaining percentage points to 100 percent transform to heat, the higher the number, the better. More heat is produced when the internal battery resistance is increased.

The Infinix Concept Phone 2021 features a total of 20 temperature sensors strewn throughout the smartphone. Their task is to keep the phone below 40 degrees Celsius (104 degrees Fahrenheit). If it exceeds the limit or the phone detects a higher-than-expected voltage or electromagnetic interference, security protection comes in to safeguard the phone from being damaged. There are 60 security protection methods in all.

The charger that provides the 160W output is also pretty amazing. Gallium Nitrate (GaN) and Silicon Carbide (SiC) semiconductors were used to keep it relatively small and efficient. This charger supports various protocols, allowing it to charge both computers and phones.

The concept phone also enables rapid wireless charging up to 50W. However, some existing devices already support this rate (unlike the cable charger). Regardless of whether it’s connected or wireless, this prototype charges quickly.

THE FIRST INFINIX SMARTPHONE TO INCLUDE A PERISCOPE MODULE, AS WELL AS A 108MP CAMERA.

The primary camera on this smartphone is also a first for the company’s phone lineup. It has a 108 MP resolution. Therefore we’re guessing it’s Samsung’s 108 MP camera. So yet, no Infinix smartphone has reached the 64-megapixel mark.

Thanks to its high resolution and Optical Image Stabilization, the device will create outstanding photographs. Last but not least, the system has a 13-mm ultrawide angle camera. That’s an incredible arrangement, even by smartphone standards. Currently, this is only seen on high-end mid-range or flagship devices.

WHEN WILL THE INFINIX BE RELEASED?

I know that you can’t wait to see this phone, but for the time being, the Infinix smartphone’s release date or even year is unknown. However, since the gadget is already there posing for photographs, we safely assume it is nearing completion.

It may be too much to expect, but this smartphone would be the ideal platform for Infinix to reveal its 160W fast charging capability. This would place the brand in a new high-end smartphone category. Everything, of course, is dependent on the chipset contained within this new potential gadget.

Let me introduce this small but mighty Infinix Smart HD smartphone with amazing features. The phone is powered by a 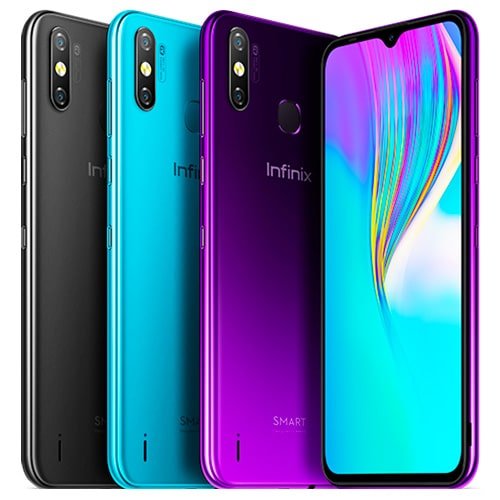