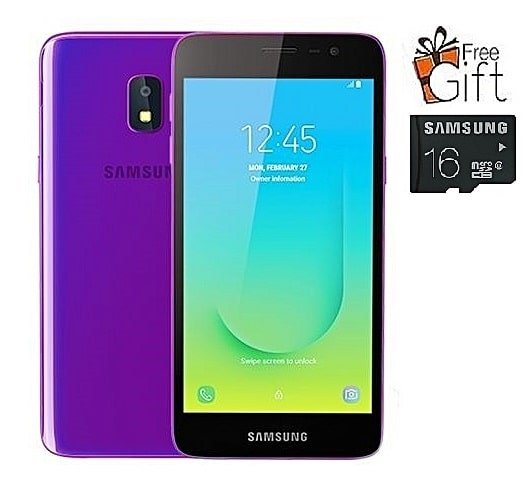 Samsung Galaxy J2 Core will be a good choice for those who can’t afford other expensive Samsung smartphones because the Galaxy J2 is one of the cheapest you can get in the market starting from ₦33,500.

We are going to take a look at the main features and functionalities of this smartphone and to know what it has to offer but first, you should not expect much when compared to most of the expensive phones.

The new Galaxy J2 core offers you the ability to capture some interesting moment and events as it comes with 8-megapixel autofocus, LED flash (f/2.2) rear camera and 5-megapixel (f/2.2) front selfie camera.

The new J2 core doesn’t offer the best long lasting battery but something sustainable to keep you going as it comes with 2600 mAh capacity.

Samsung Galaxy J2 core does not have a fingerprint sensor and only offers 4G LTE connectivity in one sim and not both at the same time. 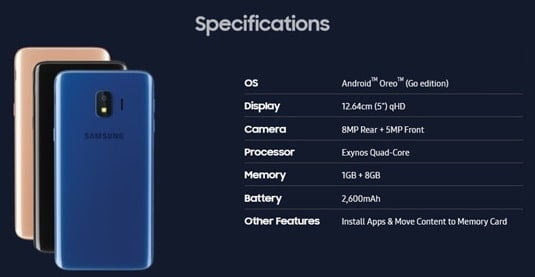 Where to Galaxy J2 core

The price of the Galaxy J2 core smartphone can change anytime but if you wish to buy it now or to check the current price you can see visit their offers following the links below.

You can buy now and get free 16GB memory card on Jumia.