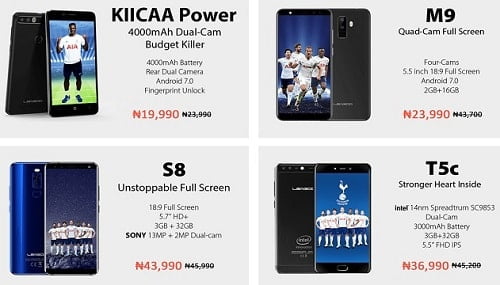 Have you heard about the upcoming Jumia Leagoo smartphones Mobile Week Promo that will start on Monday 7th May being tomorrow and to end on Sunday 13TH May 2018.

This mobile week is entirely different from the normal Jumia mobile week because it’s only designed for Leagoo smartphones and if you have been dreaming of owning one of the Leagoo phones then the time to grab one has come.

Leagoo smartphones might not be as popular as Tecno or Infinix smartphones but if you have been coming around on this blog then Leagoo Phones will not be new to you as I have written many articles about Leagoo smartphones reviews and specifications that is why I thought it will be wise to inform you of this Jumia Leagoo Smartphones Mobile Week Promo.

What to expect on Jumia Leagoo Smartphones Mobile Week Promo

On Jumia Leagoo mobile week you will expect a massive discount on Leagoo phones up to 45% according to Jumia and that is why you should prepare to buy any of the Leagoo mobile phones now while the promo last.

All Leagoo smartphones will be available at a discounted rate during this mobile week and the examples of the available Leagoo phones are:

Don’t miss this opportunity after all these smartphones don’t cost much compared to other smartphones and yet they offer lots of features and functionalities that will surely please you. 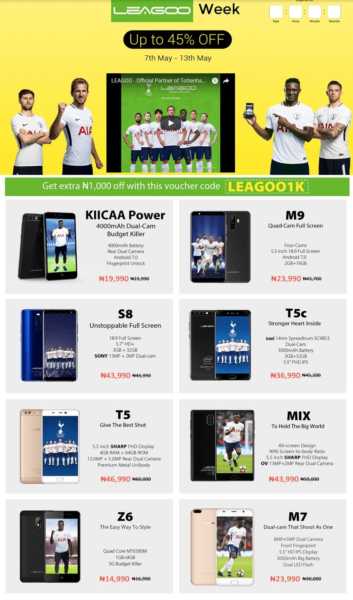 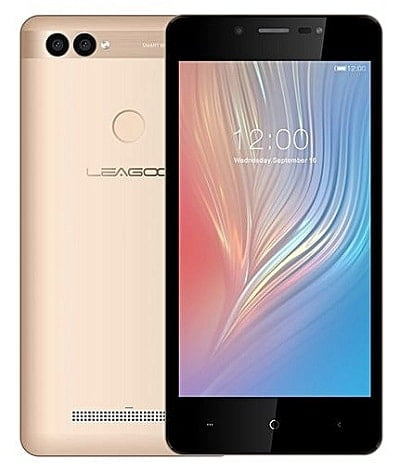 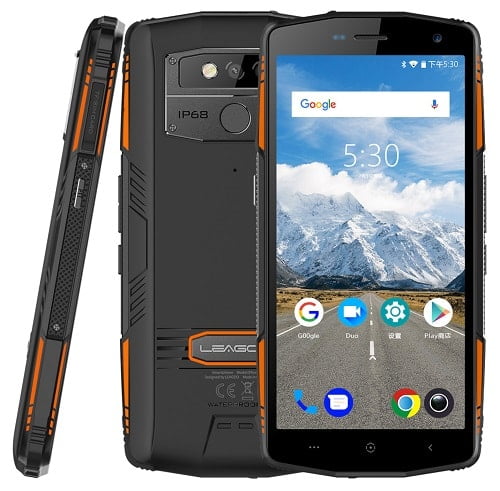 Leagoo recently shows their most recent Android smartphone called XRover that looks strong and rugged, according to them, the XRover Rugged Phone 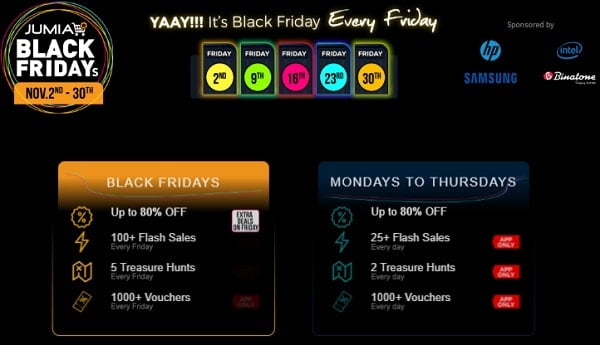