I have started paying attention to Motorola made smartphones these days simply because i have seen that they are seriously in business this time producing great smartphones this year 2017. You will not expect the Motorola Moto C to have the same specs with the Motorola Moto E4 plus because their prices are not the same but still Motorola Moto C is a low budgets phone with great features such as 1GB RAM, 16GB ROM (expandable by up to 32GB microSD card) CPU: MediaTek MT6737 64-bit quad-core 1.1GHz processor Operating System: Android 7.0 Nougat Camera: 5MP auto-focus rear cam with LED flash, 2MP fixed-focus selfie cam with selfie light, Battery: 2350mAh capacity and display 5.0″ FWVGA (854 x 480).

Display
Motorola Moto C is a pocket friendly smartphone and as well big enough as it comes with 5.0 inch display size which in my on opinion not too small or bigger but will diffidently be better for some users who don’t look too much bigger screen smartphones.

Memory
This phone comes with 1GB RAM and 16GB internal storage memory (expandable by up to 32GB microSD card), the 1GB RAM is not perfect but then considering the price of the smartphone you don’t expect it to come with a 3GB Ram, the 16GB Storage is okay for a low budgets smartphones so i don’t see anything wrong with 16GB internal storage memory.

Operating System
Nothing is lacking here as the Motorola Moto C being the 2017 smartphones comes with the latest Android operating system 7.0 Nougat, you will enjoy all the latest app and games with updated features and performance on the new Android OS.

Camera
This device doesn’t come with awesome camera but yet its still manageable if you cannot afford other expensive smartphones with me camera power and features but with  5MP auto-focus rear cam with LED flash, 2MP fixed-focus selfie cam with selfie light you still have something to enjoy

Battery
Motorola Moto C battery is not perfect but yet not bad considering the price the phone is being sold in the market as it comes with a removable Li-Po 2350 mAh battery, the battery should be able to last a bit longer and another advantage is that its a removable battery you can use more than 1 battery for your own convenience. 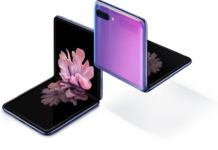 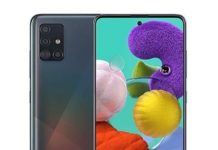 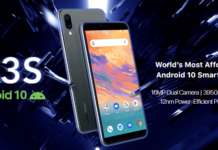