Glo 4G LTE data service has their own data plans and subscription codes just like normal 3g data plan and if your phone is 4G  enabled then you only need to subscribe to any of your desired Glo 4g lte data plans i will be sharing below.

You can see the list of 4G smartphones Here but if your are sure your phone is 4g enabled then no need to check just go ahead and choose any of the Glo 4g lte data plans lited below.

GLo 4G LTE QUESTION AND ANSWERS
You might have one or two questions about the glo 4g lte network but the good news is that glo answered many of those questions in detail below.

1. What is LTE?
LTE stands for “Long Term Evolution”. It is the evolution of
standards for wireless network after 3G and is the most advance wireless
technology offering Ultra Fast Internet speed.”.  It is Glo’s latest
offering, providing high speed internet service.
2. What can I do with Glo LTE service?
– Faster Download and Upload data Speeds. (Download a 1GB
movie within a few minutes instead of hours or a 3MB music file in a few
second instead of minutes).
– Watch a Ultra high definition videos with no buffering
3. What is the difference between 3G and LTE?
GLO LTE is multiple times faster than 3G network. LTE is the fastest wireless data technology available today in the World.
4. How do I get to use Glo LTE service?
– You can become a Glo LTE subscribers with the following three simple steps:
—- Get a LTE SIM from a Gloworld or swap your existing SIM.
—- Get a LTE enabled Smartphone
—- Dial *777# & buy a plan of your choice.
Enjoy this world class experience, once in LTE coverage area.
5. Where is LTE coverage available?
Service live in Lagos: Lekki, Ikoyi, Victoria Isla, Ajah and Akoka, Abuja: Maitama, Wuse, Asokoro, Garki/Central Business District and Airport Road, Port Harcourt: Aba Road, Trans Amadi, Diobu, Old GRA and UNIPORT, Benin, Warri, Eket, Jos, Zaria: ABU, Yola: ABTI. Other major cities coming soon nationwide.
6. Where do I get the LTE SIM?
You can get LTE SIM from any Gloworld, Glozone or Glo dealer outlets closest to you.
7. How can I subscribe to an LTE data plan?
Just dial *777# and select your choice of 4G LTE plans
8. Are the LTE data plans on auto renewal?
Yes they are all on auto renewal
9. How do I check if my current phone is LTE supported?
To check your phone support LTE for Glo, text 4G to 400.
10. Which handsets/devices are supported by GLO LTE service?

11. Do I need to configure LTE settings on my smartphone?
Existing settings on your phone/ device will support LTE service
12. How will I know where LTE coverage is?

We are constantly working to improve LTE availability and coverage. More cities will also be launched soon.
13. What free contents are available to LTE plan subscribers?
Glo Music, Video and Movie Portals are available FREE for LTE customers depending on the value of data plan. 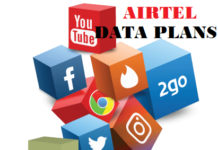 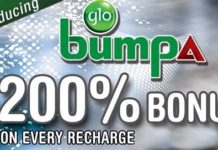 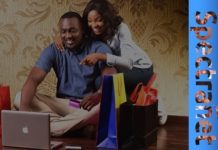 8 Major types of energy and their sources + uses

Techno L9, Plus Specs and Price in Nigeria

Mtn lumos mobile electricity all you need to know