There is speculation going on for a while recently about the new Apple iCar which seems to be a reality. A video of the new App iCar has been in circulation and want you to take a look and tell us what you think about the new car from the world Tech giant.

If you want to add some special tags, then please use normal HTML into this area, it will automatically convert them into AMP compatible tags. Add Media  Add Contact FormVisualTextParagraph Copy The Content

According to leaked info about the new iCar, Apple has a team working on a car-related project, but specifics are limited, as they are with many of Apple’s initiatives. Is this a self-driving automobile or merely a computer-assisted driving system? Will Apple simply purchase a vehicle company?

In this post, we’ve included all of the most recent Apple vehicle leaks and rumors. Read on to learn more about the iCar, as it’s been nicknamed, and what’s going on behind the scenes at Apple.

Apple CEO Tim Cook mentioned driverless automobiles in an April 2021 interview (details below). While he didn’t go into detail about Apple’s plans in the field, he did say that “we [Apple] love to integrate hardware, software, and services, and find the intersection points of those because we think that’s where the magic happens,” implying that the company could develop an autonomous-driving technology platform that car manufacturers could use.

Is Apple working on a car?

Apple is working on a variety of initiatives behind the scenes, at least one of which includes automobiles. As you will see if you continue reading, there is a lot of proof that this is the case.

For a long time, Apple has been working on the iCar project behind the scenes. After Business Insider spoke to an Apple employee with knowledge of the issue in February 2015, there were rumors that Apple was working on a car that would “give Tesla a run for its money.” This, together with reports of Apple-registered automobiles equipped with sensors and cameras (which were later discredited), sparked speculation about the possibility of an Apple Car, or iCar.

According to The Wall Street Journal, the iCar project is codenamed Titan, and the project has “several hundred” Apple personnel working on it.

What are the features of Apple iCar?

There are numerous features backed on the new Apple car that might have never existed in most supercars in the world but the little I know about the Apple iCar are as follows:

Apple’s work on self-driving vehicle technologies has been the most visible aspect of the overall plan, and it has been kept under the moniker “Project Titan” due to its proximity to the original car-design idea.

Unlike the designs, which have only been mentioned in patent filings and rumors, Apple has actively built and tested a self-driving system, which has been documented in public files with government authorities and has even been seen on public roads.

In a statement to the National Highway Traffic Safety Administration in November 2016, Apple made an early public admission of its automotive ambitions, proposing a policy update that would give industry newcomers the same opportunities as established manufacturers when it comes to testing on public roads.

The Federal Autonomous Cars Policy, according to Steve Kenner, Apple’s then-director of product integrity, provided a safe and flexible road toward the creation of automated vehicles, although proposed rules might be more open for firms new to the field.

Applications and Patents
Apple has filed a significant number of patent applications in relation to the in-development automobile and driving technologies, as it does with previous Apple products. More of similar patents have appeared in recent years, confirming Apple’s interest in the sector but not assuring the company would really create a “Apple Car.”

Patents on safety and systems
A patent application outlining a technique of “Collision Avoidance of Arbitrary Polygonal Obstacles” appeared in December 2016 as an early example of Apple’s work on autonomous cars.

The patent application, which may function in two-dimensional and three-dimensional space, details systems and methods for traversing an environment without previous awareness of barriers. Convex and concave objects, moving and stationary barriers, and other elements that might impact travel across an area are all taken into account.

This would essentially allow a car to navigate a terrain, including shifting obstructions and other barriers to mobility, for vehicle systems.

Apple proposed in July 2018 that the self-driving car’s behavior might be modified based on the stress level of the car’s occupants, utilizing internal sensors to assess a range of data points. If the system detects stress, it may slow down the vehicle’s speed or take turns more slowly.

A “confidence” system might assist minimize the resources needed to analyze the mountain of data from onboard sensors by reducing the amount of data that has to be processed if it feels there isn’t a need to go beyond a certain threshold. This may assist speed up decision-making processes in addition to conserving resources.

The usage of VR and AR has also been a key component, with a projection system on the windscreen displaying an AR image of the road, including aspects not visible to the user, such as the self-driving system’s intended path.

The use of AR or VR headsets hasn’t been disregarded, with Apple even offering tips on how to avoid motion sickness when using the gadgets.

Self-driving cars must communicate their intentions to other road users, something Apple feels might be improved. A sign on the back or sides of a vehicle may clearly state what the “Apple Car’s” next action will be to other road users.

Apple, which doesn’t modify its product designs much aside from technological features, is anticipated to do the same in automobiles, with soft hues and basic interior and exterior designs. According to Reuters reporting from the end of 2020, Apple intends to utilize lithium iron phosphate batteries in its vehicle.

Despite all of these characteristics, the extended period of uncertainty continues to perplex us. After mass production, the Apple iCar may be classified as a “highly desired car” across the world, outperforming its competitors. CEOs of automobile firms, on the other side, have said that Apple may find it tough to manage the strings in the sector.

According to the Economic Daily Times, speculations that Apple will sign an agreement to begin manufacturing in 2024 are false, and that they did not meet with Hyundai and Kia in February 2021 were confirmed. The reason for this turned out to be that, whereas Apple want a collaboration, automobile firms just desired to be a material supplier. According to reports, Apple is still seeking for a partner and has just initiated discussions with Nissan.

The initiative is conceivable because Apple, which has upheld its confidentiality agreements, has not refuted the claims and has remained silent at the same time. It’s unclear if Apple’s self-driving technology will be sold as a standalone vehicle or solely as a software product to businesses.

Apple is allegedly finalizing plans to produce its first-ever passenger vehicle by 2024, perhaps signaling a fundamental shift in the company’s emphasis. According to Reuters, Apple is working to take over the world of electric and personal mobility, and its first product could have a ‘next level’ battery at its core to compete with Tesla, Volkswagen, and others.

Apple is recognized for its capacity to disrupt markets, despite having fundamentally altered the way the world computes, communicates, and even listens to music. Despite this, mobility is an area in which it has had no prior expertise. That does not negate the fact that it has been working hard to develop both experience and competence.

Even though Apple is keeping its cards close to its chest for now, here are five key points to keep in mind about the company’s rumored foray into the world of mobility:

Project Titan is the umbrella term for Apple’s automotive activities. The earliest drawings of an Apple vehicle were created in 2014. While progress has been inconsistent, the appointment of Doug Field, a former Tesla employee, as project manager in 2018 may have infused a sense of urgency.

Apple has made no public or formal declaration about its intentions for an electric vehicle, but Reuters cited two sources as saying the company aims to start selling automobiles to consumers by 2024.
According to reports, the Apple car’s battery might be its most notable feature – by far. A new battery design might lower costs while increasing range, which is a major concern for anyone contemplating an electric vehicle right now.
According to Reuters, Apple has opted to outsource parts of the system, such as lidar sensors, which aid self-driving cars in obtaining a three-dimensional image of the road.

Is it going to be called iCar? The Apple car’s name is currently unknown. 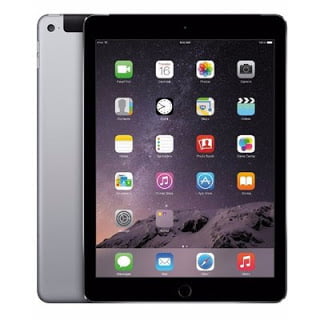