A Honda car or a Toyota car; Which is the best for usage in countries Nigeria?

When it comes to a question like, “Inline 4 (I4) or V6 engines for Nigerian drivers?”, we can give a simple answer like “A is better than B” or an answer like “A is better for X kind of people, while B is better for Y kind of people.”. However, when it comes to a question like “Honda vs Toyota; Which is best for usage in Nigeria?”, what we can provide you is “some facts”, then based on the facts provided, you can decide yourself.

In simpler words, in this content, we won’t be giving a point-blank answer. Rather, we’ll provide info about how the two brands compare in every important aspect one should consider when buying a car, then based on the information provided, you should be able to determine which of them will be better; we’re taking this approach because it’s the best way to answer such a question.

Also, note that while many other articles out there answering this same question are written by people who have only used either Honda or Toyota, this article is written by someone who has used a good number of cars from both brands. Also, the information which will be provided in this content are based on experiments, statistics, experiences, and credible reports. In short, be assured the information provided in this content are very dependable.

Important aspects of a car, and how the two brands compare in them

The aspect of design is of course one of the aspects that matter to everyone, when deciding what car to choose. And when it comes to Honda and Toyota, cars of both brands come in very nice designs. Cars of the two brands are usually very different in terms of design, but one thing no one can confidently say is that one brand is better than the other in terms of design. Rather, you’ll have some people who prefer Toyota’s designs, and you’ll have some people who prefer Toyota’s design.

In short, when it comes to the aspect of design, the two brands are roughly on the same level, and “which of them is better” depends mainly on taste.

Efficiency also matters a lot, when choosing a car. And both brands score impressively in this aspect. However, when it comes to which of them is the best, Honda is also hands-down the best in this aspect. And if you know the history of Honda, this shouldn’t come as a surprise. But as for those who don’t know this history, Honda used to be an engine manufacturing company, before later entering the automobile industry; as a result, Honda is always ahead of Toyota when it comes to things related to engine.

In simple terms, user experience means how much you enjoy using a product. And when it comes to user experience, the cars of both brands are designed in ways that you’ll enjoy them. However, there are UX features Honda cars usually have that Toyota cars don’t usually have, and likewise, there are also UX features Toyota cars usually have that Honda cars don’t usually have. In short, it is quite difficult to choose one over the other, when it comes to user experience. But if we must choose one over the other, Toyota is what we’ll choose; and one of the reasons why we’ll choose Toyota is that Toyota cars generally feel the same when driving them.

When it comes to safety, the difference between these two brands is significant, and Toyota is the brand with the upper hand. In other words, Toyota cars are generally safer than Honda cars. There are so many analysis, tests, and, experiences that have confirmed this, so disregard any content that says otherwise.

However, don’t get me wrong, this isn’t to mean Honda cars aren’t safe; the thing is just that Toyota products are generally better in this aspect.

Everyone who’s buying a car wants a car that can be always there to serve them, when needed. And both Honda and Toyota cars perform well in this aspect. Although, you may come across more complaints about Toyota products, compared to Honda products, this doesn’t mean Toyota vehicles are terrible in this aspect. Truly, some of these complaints are Toyota faults, but you can’t condemn them because it’s normal for a small number of products to be defective. Also, the reason there are more Toyota complaints is that Toyota produces a lot more cars than any other carmaker in the world.

In short, the two brands are on the same level in this aspect; however if we must choose a winner, Toyota (yes Toyota) is what we’ll choose.

Maintenance is a thing a car will need, regardless of how excellent it is, so we expect Honda and Toyota cars to need maintenance. However, one thing we can be concerned about is how much maintenance cars of a brand generally have. And from facts we’ve gathered over the years, both brands are on the same level in this aspect. Some people who have used just one Honda and one Toyota may disagree, but when you study a large sample of cars from both brands, you’ll have no problem seeing this truth yourself.

Durability simply means how long a car can last and still be in pretty good condition. And when it comes to this aspect, both brands are also on the same level.

However, don’t get this wrong, if you don’t maintain your car well, you’ll regret it. So when I say cars of both brands are very durable, this doesn’t mean you can use them just anyhow.

When it comes to the cost of ownership, Toyota is hands-down the better brand. Toyota cars are generally less expensive than Honda cars in the long run, and if you can pay a visit to a car dealer’s shop, you should be able to confirm this yourself. Also, this shouldn’t come as a surprise, considering the fact that Toyota produces more cars than all other car manufacturers in the world.

There are many reasons why Nigerians like Toyota cars, but the top among these reasons are — build quality, cost 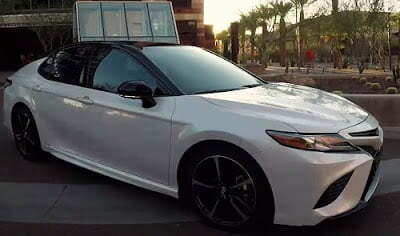 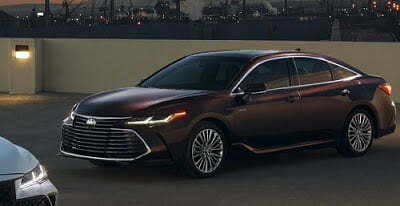