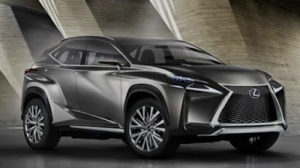 Note: Being popular can be attributed to affordability but the simple logic behind it is that no wise person will go for a problematic vehicle simply because it’s affordable to buy.

As you already know, an SUV simply stand for a sport utility vehicle, which we popularly call Jeep in Nigeria. These types of vehicles are often a station wagon cars with off-road features like raised ground clearance, ruggedness, and available four-wheel drive.

Now we are going to take a look at those popular SUV vehicles in Nigerian using this simple formula Demand and Brand + Price + durability.
Brands: In Nigeria we have many players in this game and we have leaders which include Toyota, Lexus, Mercedez, Honda, Ford and so many of them.

Toyota has made a name in the heart of many Nigerians and has now become the most popular brand in the Nigeria Auto market.

According to expert research, Toyota is the best brand with the best second-hand value followed by high demand not just for their Highlander SUVs but other series like Corolla, Avalon, Camry etc.
Many prefer Toyota Highlander, not just for its second-hand value but for ease of maintenance, availability of spare parts and durability.
The price of Highlander SUV solely depends on the production year and status of the vehicle, the older models will be cheaper than new models.

I just felt like adding Toyota Venza to the list of popular SUV vehicle in Nigeria but the fact is that I have seen many arguments whether a Toyota Venza is regarded as an SUV or not but Toyota provided an Answer to that question.

According to Toyota, Venza is neither a station wagon nor SUV, rather it is targeted at customers who want more room and flexibility than the Camry sedan but desire a smaller size than the Highlander, a mid-size crossover SUV.

Obviously, Toyota discontinued the production of Venze but it seems they are back again with the 2019 model.

Toyota Rav4 is one of the most popular sport utility vehicles in Nigeria ranging from old to new model preferred most by users because of its simplicity, durability availability of spare parts and easy maintenance.
Most users prefer RAV4 because it’s relatively cheaper compared to Highlanders and Venza but depend on the production year which also influences the price.

Lexus has been known for their strong and reliable RX 300 SUV model until they decide to step up their game, releasing RX 330 and RX 350 respectively which earned them enough exposure and patronage from Nigerians till date.
In fact, in terms of popularity Lexus have enjoyed good market share similar to Toyota and if you want to identify a Nigerian rich man then look for his Lexus SUV.
Moreover, Lexus doesn’t give their SUVs different names like Toyota but gives them unique prefix and serial numbers like RX, 300, RX 330, RX 350, RX, 450, LX, UX etc.
When it comes to physical exterior design I will rate Lexus higher than other brands because their ride always looks smart and attractive.
The cheapest among all the Lexus SUVs is the RX 300 which is the older model but other new models will surely be more expensive.
In other words, Lexus equally has good demand and has second-hand value just like Toyota with good availability of spare parts.

If you are looking for luxury SUV with all the security gadgets and other outstanding features then Mercedez is your sure bet but obviously, they are a bit expensive compared to others.
They have different models of SUVs but their G series is the most popular one among them and best known for its luxury features and ruggedness looks.
When you look at some of the G wagons, you will find it hard to describe how it looks but will be surprised to know how much it costs in Nigeria.
Most of the Mercedez SUV’s are far expensive and beyond the reach of an average Nigerian, especially those ones with bulletproof but the price depends on the model and production year.

Handa SUVs has been most peoples choice because it cost less compared to other brands but as well offers real value in terms of features, safety, and durability.
Most Nigerian’s surely hate Honda as a brand, according to some research conducted by me for some reasons, some claims that it can easily break down and keep someone stranded any time but the fact is that all vehicles need good maintenance to give you the best services you desire.

I included in this list because recently have been doing marvelously well releasing some nice and attractive SUVs that I normally see on the Nigerian roads.
They have some popular models called Explorer  Edge and Crossovers well designed and equipped with all the great features that give you the best comfort and safety you need.
The good news is that Ford SUVs are cheaper than compared to other brand but very attractive.
I will stop here for now though, there are other SUVs available but I just mentioned the most popular ones.
Tags: Best Jeep Best SUV Jeep price SUV